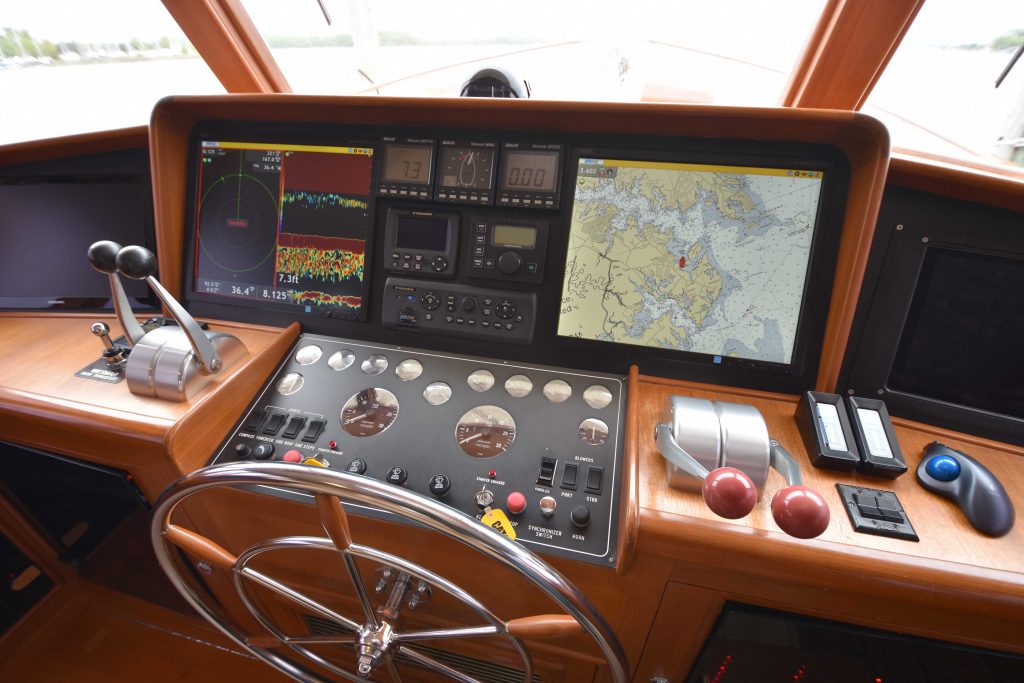 The above image is the finished pilothouse of a 1999 Fleming 55 after an electronic retrofit by our service team, with the image directly below offering a glimpse of the console set-up before the retrofit. This vessel ditched the Furuno FR-7112 super bird radar, Northstar chart plotter, and other instruments, in favor of Furuno Navnet 3D Black Box electronics displayed on two new NEC monitors. The television to the port-side of the console has been upgraded and the obsolete depth-finder to the starboard end was replaced with a versatile ipad mount. Additionally the overhead pilothouse console (shown in the image gallery below) features an updated CCTV camera system and new VHF radios. 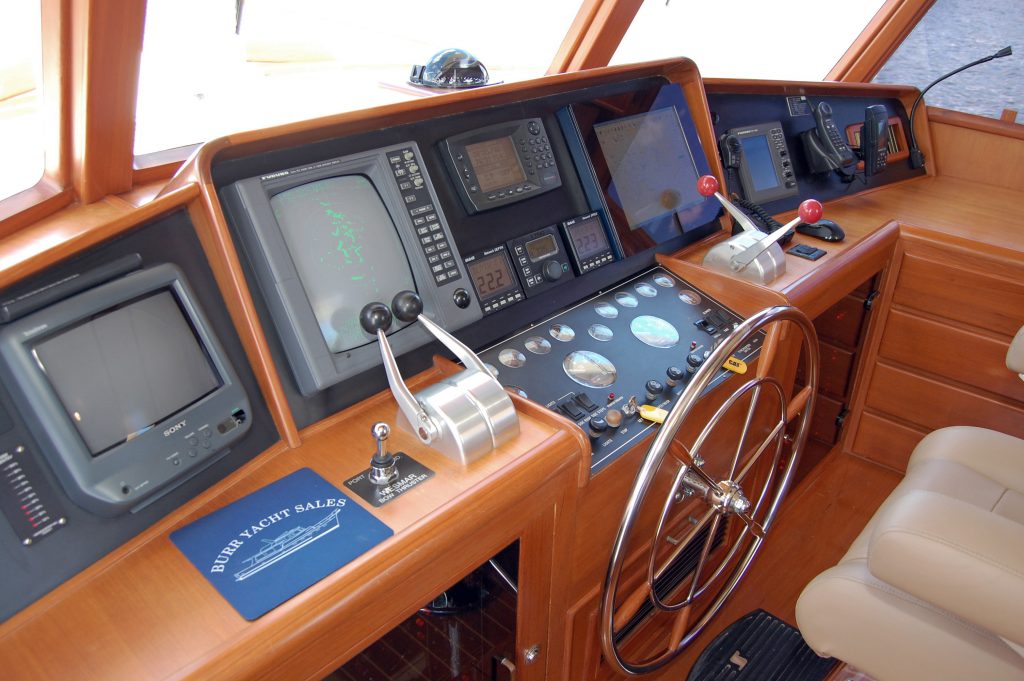 Check out the short gallery below to see more of the before and after pictures from this 1999 Fleming 55’s retrofit, including revised electronics at the flybridge helm and the all-new mast, domes, and open array on the radar arch. 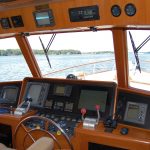 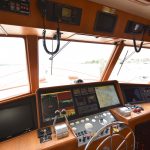 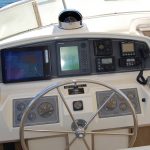 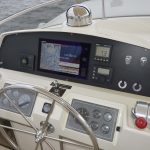 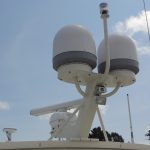 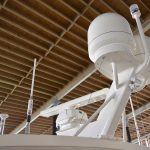 Ray, Pat, Mick, Mike and Kevin: We wanted to say thank you to the entire Burr Yacht Sales organization for our time as part of your customer base.  I’m sure I’m not going to recognize all the deserving people who worked so hard to make it such a great experience for Rose and me, but […] 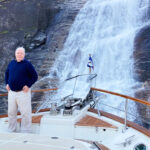 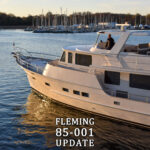 Fleming 55 - One of the Boating World’s Most Successful Designs